(or displacement activities for writers part 24)

Well, I thought my new books deserved some nifty banners of their own.

Posted by Madelynne Ellis at 6:42 pm No comments: 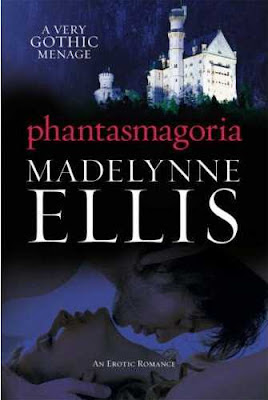 Here it is... I can't tell you how relieved I am... It's such a fantastic cover.

And here they are side by side. 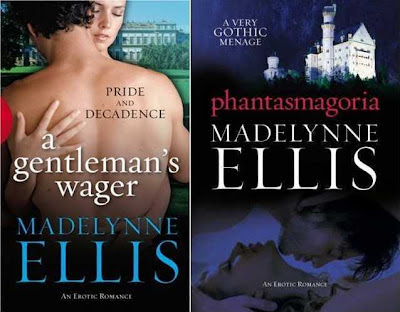 I'm sorry to say I haven't got very much done over the last week or so. I just can't seem to get my act together and concentrate. I have ideas, far too bloody many of them to be truthful, so that I can't decide which one to work on. I feel as though I have an army of characters fighting it out in my head, and whoever is the last man standing is will be the one I write about next. Except knowing me, it won't be...

Actually, I do have an inkling about a possible victor. His name is Kit, and I suspect he's trouble... you know what, scratch that, I know he's trouble!

Anyway, during my period of pondering I've been entertaining myself with this...

and made myself this... 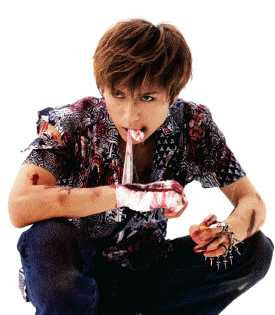 I'm posting at Lust Bites today on the topic of cuts and bruises and why men with bloody faces hold a surprising fascination to me. Please head over and leave a comment. 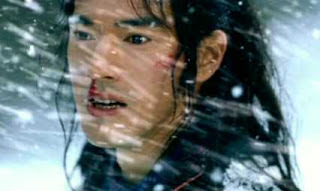 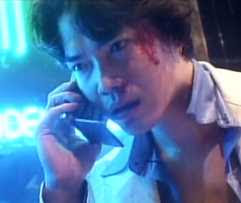 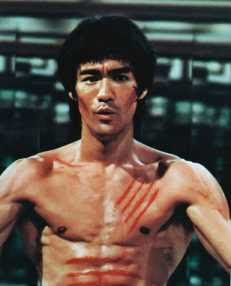 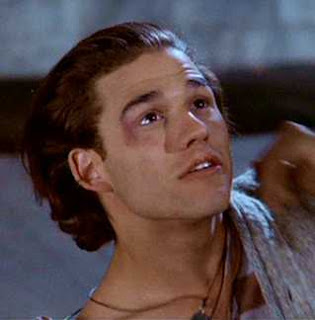 Posted by Madelynne Ellis at 11:05 pm No comments: 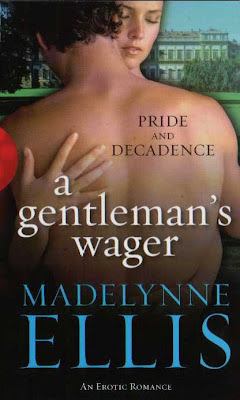 Hot on the heels of Possession, I now bring you the spanking new cover for A Gentleman's Wager. And I'm pleased with it. I love the colours and the shadows, and his back... backs are good, oh, and the glimpse of Lauwine in the background.

Of course being an author, I'd have liked it more if his hair was a bit longer so you could really see those curls, and Lauwine isn't quite perfect, but it'll do just fine... But do you know what my favourite bit is? I'll tell you. It's my name in great big stonking blue letters that you can read from across the room. See how sad I am.
Posted by Madelynne Ellis at 3:31 pm 2 comments: 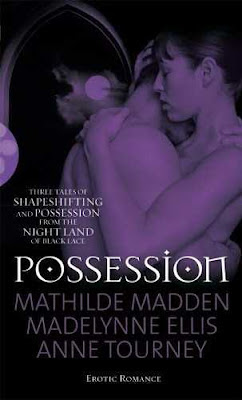 Look what I just found. Isn't it lovely! My novella Broken Angel appears in this book. Love the colours. You can pre-order it here.
Posted by Madelynne Ellis at 4:35 pm No comments:

I'm busy going through the proofs for A Gentleman's Wager prior to its reprint. Long story as to why this is necessary, but let's just say it didn't really happen first time around. It's a weird experience revisiting them now so soon after completing Phantasmagoria. What can I say, the tone has changed, my writing has changed, and the characters have certainly changed over the intervening years.

I've also been sketching out ideas for future projects. The stand out one at the minute is a sort of spin-off from Phantasmagoria featuring some of the minor characters from that book. So far I have a rough outline, now I just need to get the voice right and start on some sample text. Wish me luck. 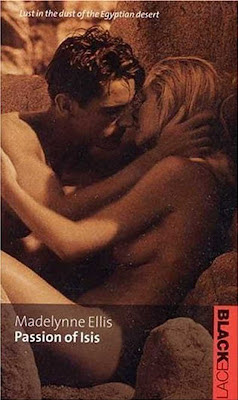 I've just found out that Passion of Isis is now available as an ebook, available for download from here, and here. This is good, as Amazon have recently been reporting it as out of stock/out of print.

Here's a little teaser to whet your appetites.

Sun-warmed sand clothed her naked body. Adie lay on a blanket of silk in a square stone room whose ceiling was open to the sky. The flick of something soft caressed her thigh. It tickled. She tried to wriggle but her body didn’t respond. It was as though she was pinned down, but she felt no weight above her, nor cuffs about her wrists.

‘An extraordinary find,’ an individual at her feet said, and she smiled inwardly, knowing he was referring to her, as her head was cushioned and her hair confined in an elegant headdress.

The sun shone red through her eyelids. She felt the whisper of the desert breeze across her skin, and tried to move her toes. There was still no response, but strangely, she felt no panic.

‘Exquisite, and perfectly preserved,’ said a voice she recognised. ‘She must have lain here over three thousand years, and not a scratch on her.’ The soft caress continued, meticulously sweeping the golden sand away from the underside of her breast. Her nipples tightened in response. Apparently, she hadn’t lost any sensation.

‘She looks so real,’ said the first man. ‘If she weren’t made of gold, I would say she was only sleeping.’

Gold? What is he talking about? She peeped from beneath her eyelashes at the length of her body and saw that they spoke the truth, for her skin shone with metallic lustre in the sunlight. Gold! She wanted to say, but she couldn’t speak.

‘She’s so detailed,’ said Killian, and he touched one puckered areola with the brush. A splinter of ice seemed to lodge in her skin at the intimacy; its cold arousal shocked the dormant seed of passion within her into life. She trembled with anticipation, and awaited his next touch.

‘Astounding. I can’t wait until you show her to the board. Speaking of which, one of us should tell them.’

‘You go,’ said Killian, whilst he stroked a finger over her hip. The longed-for contact made her vagina feel heavy and full. He began to circle her navel with the tip of his index finger, using slow nervous strokes that became bolder as the footfalls of the other man receded. One finger became two, and two rapidly became three, until he was running both palms over her warm torso.

Adie’s skin tingled with languorous pleasure. The heat in her womb seeped like treacle through her limbs. She sighed noiselessly. He stared at her as though her beauty had enthralled him and expelled every other thought from his mind. Slowly, he dipped his head and pressed bow-shaped lips to her chin. The scent of him lingered in the air around them. He explored the shadows of her throat. His kiss moved to her parted lips and alighted like a butterfly, before the stab of his tongue drove deep inside her mouth. He tasted of coriander, slightly spicy, and subtly sweet. Adie silently purred; she strained to reach him, to return his caress, but her body wouldn’t respond.

Killian drew back and gazed down upon her in wonderment. She saw the shadow of doubt in his liquid grey eyes, and wished she could reassure him. A telltale strain appeared across the zip of his trousers, and he glanced around nervously. Finally, he swept the last of the sand from the tops of her thighs, then drew a hand up between her legs. Her labia parted for his fingers and welcomed him with a sticky wet sound. He moaned to find her so wet, so ready for him. She felt his body tremble as he shifted position so that he crouched between her golden thighs. He wrenched open the restraining zip, and then ran a hand along his erection as if to prepare himself.

Adie’s sighed at the vision of his hard, red-tipped cock. A honeyed bead of arousal trickled from her vulva. She wanted to touch him, to beg him to give in to his desire, but all she could do was lie and wait.

‘A statue,’ he questioned himself as her flawless image swam in his dark pupils. ‘Is this real? Ah!’ He gasped as he pressed himself to her cleft.

Adie’s senses leapt. He slid into her with the same liquid sensuality as ice cream sliding down her throat on a burning August afternoon, deep into her until their loins nestled together. It felt so good, she wished she could save it, to experience it over and over again. He fucked her slowly at first, his penis moving like satin in her sheath. He stroked her cheek and kissed her golden lips. She felt every tiny jump of his cock, every hot breath against her throat, and yet she still couldn’t move. There was no way of telling him that a few firm touches to her clitoris would make it complete.

He picked up the pace, and began to thrust with selfish pleasure. Short strokes and fast. A sweat broke out across his brow. Then deeper, harder strokes, but still fast, still building. He nudged into her G-spot and her stomach tightened. A crazy tingle began between her clitoris and her spine.

‘Oh god!’ he murmured in her ear, as her body contracted around his prick. His weight rested upon her. His heart hammered so vigorously she could feel it against her chest. He arched his back, and pushed his cock deep into her core. One final stroke. His eyes narrowed and then closed. His lips parted and his cock jerked as the intensity of his orgasm forced the air from his lungs.

Posted by Madelynne Ellis at 1:24 pm No comments: