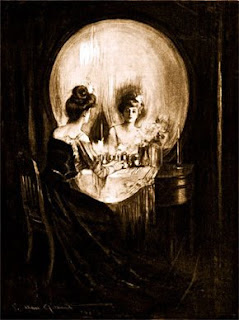 Phantasmagoria gets it's US release today, which I guess calls for some celebration. Check out the excerpt on Lust Bites, and the interview and review over at The Good, The Bad & the Unread for a bumper chance to win some of my books.

I'm particularly excited about the interview. I believe it's the first proper interview I've given, discounting chat type events.

Okay, now for the progress update.

I'm still working on Fortuna, but I'm happy with that. I'm finally getting towards the end, currently working on the closing chapters. These are the parts of the book I couldn't actually bring myself to write during the first draft. I've a much better handle on them now, and I hope everything is gradually pulling together.

I've also started sketching the opening scene of Darleston's book. I think it's going to be a touch lighter-hearted than I'd originally anticipated and I'm looking forward to working on it. There are a few other projects that need my attention first though. Ah, too many characters, not enough fingers and not enough hours in the day.

--
Recently watched: BSG Season 2
Currently listening to: Cradle of Filth
Currently reading: I'm waiting for something to hook me!
Posted by Madelynne Ellis at 12:56 pm 1 comment:

I realise I'm not exactly on blogging top form, but I don't feel I have much to say. If you at all pay attention to the sidebars, you've probably noticed that the word count for Fortuna is ever creeping upwards. I've hit 80,000 words and there's still plenty to go. I don't doubt it's going to make 90,000 words, which may result in me having to do some ruthless cutting if anyone decides to buy this particular wonder.

I blame too many plot strands and my typical cast of thousands (all right, not quite that many).

I'm going to stop there before this turns into a rant.

One of the things I love about writing historicals is the opportunity it provides for spending hours with my nose stuck in my huge dictionary of slang. Each era has it's own euphemisms and rejoinders. There are literally tons of words to describe cocks, cunts, and the various forms of sex.

Anyway, I've posted a little quiz today over at Lust Bites feature some sex slang, so head on over and take part. My favourite entry will win a copy of The Big Book of Filth by Jonathon Green, which is a wonderful little reference book.
Posted by Madelynne Ellis at 9:51 am 2 comments:

Posted by Madelynne Ellis at 9:50 am 4 comments:

I truly am a terrible blogger. I could bore you all with excuses but the truth is, I'm feeling really disillusioned at the moment and that combined with wisdom teeth woes is sapping my creative energy.

After a mammoth struggle to complete a vampire story, I did finally succeed in subbing two of the buggers to Black Lace for their upcoming anthology. One of them is significantly darker and better than the other, but it I always worry about stories that come out like that. I get a buzz off them, but erotic horror is not necessarily what people are looking for in a vampire anthology. Hopefully I'll learn the fate of these stories soon as the deadline is not far off. Fingers crossed. Gawd, it's always so much worse when you really love the stories in question.

As for novel projects - I've been scribbling notes down for a contemporary, but despite a workable outline, genuine chemistry between the characters, and some lovely quirks, my heart just isn't in it. I've decided I'm really not that fond of straight contemporaries. I don't read many of them either.

Anyway, after two weeks of torturing myself with this project, I've pushed it to one side and decided to concentrate on polishing up Fortuna. There's a fair bit to do, including an entire chapter at the end to write, but I'm feeling more positive about my writing already for working on it.

How about after Fortuna? I seriously don't know what comes next. It could be Darleston's book, back to Desperate Measures, the Broken Angel sequel or maybe even a return to Egypt. Um, yeah, I'm doing my best to ignore the last option on the list. I'm not sure I can face the research involved, or the contemporariness of it. Not yet anyway... we'll see...

Oh, and I love this picture. 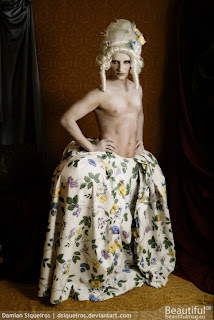