The Tokyo set liaisons story is gone and hopefully now sitting on the editor's desk. Crit partner liked it, which is a good start, I just hope the editor feels the same way.

Meanwhile, I'm battling it out with the "Bloody Novel". This is not the actual title, but it is rather an apt one. I've already written two opening scenes for this one, but there was something not quite right about them. Luckily, I've realised that the problem was I was starting in the wrong place, and that the characters need a more immediate and engaging goal that just staying out of trouble. I hope I now have a much stronger opening planned out (yet to write it).

This new angle has also created a role for a new character. Hm, I love new characters, there's so much scope for fun. Actually, there are two new characters turning up near the start of this book. I don't know much about them yet besides their names and a few odd titbits, but I'm looking forward to finding out about them.

Oh, and I love one of them already because his appearance gives rise to a bit of dialogue from Blaze that just cracks me up. It probably won't have the same effect on anyone else, but then, I'm easily amused.

On the news front - it looks as if Phantasmagoria will be available as an ebook at some point soon, and I've had a lovely review of Passion of Isis - click here to read more -

--
Recently watched: Fuurin Kazan (yeah, Gackt has turned up, and he looks ever so pretty next to all these swarthy samurai)
Currently listening to: La Femme Nikita soundtrack
Currently reading: Dark Prince by Christine Feehan (extremely slowly)
Posted by Madelynne Ellis at 1:12 pm 7 comments:

Not quite big enough!

My short story is too short :-(

Somehow I have to add 1500 words to it tomorrow. I see descriptions of foliage coming on!

Me no like the new 6K short story length. 4K was far more reasonable.

I might write two 3K stories next time round. This of course is madness. How come my novels and novellas are always at least 5K (and frequently more) over the required word count, but I can't manage to string enough sentences together to fill a 6K story?

I think it's rather a shame I can't just chop em off one and stick em on the other.

How evil are you?

How evil are you?

Well, no surprises there! My friends have been saying that for years.
Posted by Madelynne Ellis at 1:10 pm 7 comments: Knee still hurts... but at least most of the swelling has gone down. Meanwhile, I've finally made some progress on the writing front. Not huge amounts of progress, just some progress.

Lets see, the liaisons story is at the halfway stage. Need to finish that one by the end of the week. I'm dubious about how good a fit it'll be for the call, because it has a slightly melancholy feel (hm, my short stories do tend to drift that way). It's about a woman visiting a Japanese host bar and it sort of ties in with the contemporary novel I keep failing to write. You know, the one that I can't quite find the missing link to.

It's good to be working with Blaze and Asha again. I've been struggling with their voices, but I think I finally got a handle on them yesterday. The solution, as it so often is, was to take a long, long bath.

I'm not doing quite so well with my TBR pile, which is growing alarmingly high. Picked up Dark Prince again yesterday, but I can't seem to get into it. I keep waiting for something to happen. Tell me, those whoever read it, does anything happen. Am I actually going to get sucked into this book? Is perseverance going to pay off?

I seem to have reached a halt with the Raven Prince too, but I think that's because I'm just not in a historicals mood at the mo. I think I might have to go and read some chick lit or a nice family saga for a change. I would opt for one of the literary novels in the TBR pile, but that might just as easily put me to sleep or leave me tooth grindingly frustrated when there's no boinking where there should be. Then again, maybe I'll just watch some more Fuurin Kazan.
Posted by Madelynne Ellis at 10:49 am 1 comment:

in bed, feeling sorry for myself.

I've hurt my knee and it's swollen to about three times its normal size. It's not painful, but it's damn hard to walk on.

Anyway, you might think that this would mean I'd have extra time to write, being glued to a chair and all, however, I'm finding that my concentration isn't so good. That said, I did manage to do an amazing for me 1.3K of short story yesterday.

I'm still not settled to my main WIP either. I think I'm too conscious of what I want to achieve with it. Somehow, I need to switch off my internal editor and just write the thing. Once I have words on paper, it'll be much easier to tweak into proper shape. Gawd, sometimes I wish I wasn't such a perfectionist! 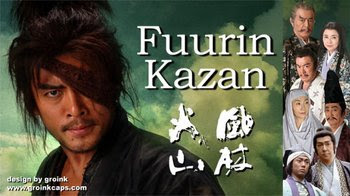 Naturally, it wasn't what I was looking for...

The contemp is still on the back burner, meanwhile I think I've found something to intrigue myself with. Cue mad cackling. The only problem is that I can't help thinking that I'm shooting myself in the foot with regards to saleability etc. Then again, who gives a damn! I've never been interested in churning out novels just to satisfy editors and the market.

Meanwhile, no news on the various projects out there in market land. Hopefully, this is because they're all very busy people and not because they think my work sucks! Ah, the joys of being a writer :-P

One quick question, sort of... Okay, I'm digging here while attempting to give away zero details of what's going on in my head with regard to potential plot lines. Exactly what do you think a hero can get away with in terms of normally unacceptable behaviours and still remain the "hero"? BTW I'm not talking about anything to do with minors here. I guess I'm asking with specific regard to the heroine?

I may have to stick with it anyway, because it's just so damn elegant...

Of course to make it work properly, this novel may have to be 200,000 words. Or a series! Nah, you'd never forgive me.

Okay, I'm going to stop my babbling now and get back to plotting.

--
Recently watched: A Beautiful Mind
Currently listening to: Rain... lots and lots and lots of it.
Currently reading: His Beautiful Samurai by Sedonia Guillone and The Raven Prince by Elizabeth Holt.
Posted by Madelynne Ellis at 1:27 pm 5 comments: 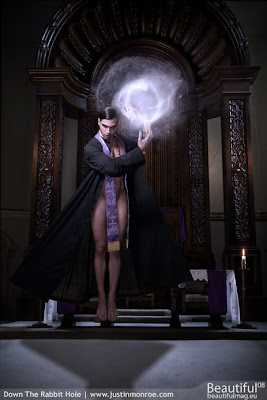 As I predicted my enthusiasm for my new "contemporary" project has evaporated, so I'm pottering about doing bits and pieces on various other projects waiting to see which one grabs my fancy.

It's not that I've totally abandoned the contemp. The storyline is sound, it's just that it lacks that certain ingredient that makes me want to pour my heart and soul into it.

How do you find that missing link?

If I think back over previous books there's always been something about them that made me want to dive into them (in addition to the characters, I mean)

So, if anyone should have any amazing ideas or character quirks hidden up their sleeves, send them my way.

--
Recently watched: The Tudors
Currently listening to: Silence (it's been something of a novelty over the last six weeks)
Currently reading: His Beautiful Samurai by Sedonia Guillone and The Raven Prince by Elizabeth Holt.
Posted by Madelynne Ellis at 1:54 pm 3 comments: