What happened to the rule of threes? 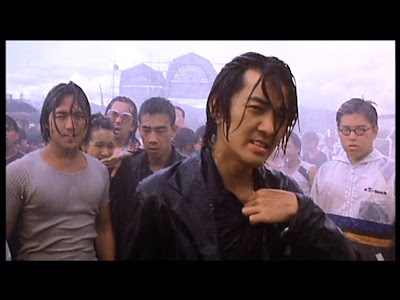 Yesterday has to have been one of the worse Saturday's ever. It started well enough, if a little early for my tastes, but then everything went wrong. First off, the toilet decided it no longer wanted to flush. The cistern is buggered on it. Actually, it still is due to other dramas taking precedence. Then the car wouldn't start when it was time to take the small one to playgroup. Okay, diesels are a bit finicky in the cold and it's still bloody cold here with patches of snow. Eventually had to walk to and from playgroup and call out the RAC. Apparently, the battery was virtually dead. Managed to get it started in order to drive to the garage and buy and new one. Fitting it involved a dilemma with a wallet and some hay, but it did eventually get fixed.

Then, my laptop which has been a bit wobbly for the last few weeks, completely froze up, so that I had to press the PANIC button. Cue rest of the day trying to restore settings and files and reinstalling various programs and a long phone conversation with a helpline in order to get the computer and router to communicate!

So, explain to me why the pilot light on the damn boiler keeps going out, so that we have no heating when it's ruddy freezing.

Result, no writing done. Characters in limbo. Madelynne in a chainsaw mood.

Please send smiles.
Posted by Madelynne Ellis at 10:20 am

Argh, Madelynne. The Machines are our Enemy.

Oh gawd, did you like enter the blackest hole in the twilight zone by accident?

Blame the 4th thing to go wrong on Murphy. Damn him and his laws anyway.

I send you good vibrations that things go much better for you today.

I like the 'chainsaw mode' so at least you're still making up good stuff.

The days when the computer isn't working are the scariest ones, scarier even than no car. I can't really relax until the blasted machine is up again and I know I'm plugged into the world wide web once more.

I hope this week is better for you Madelynne. I'm rooting for you!

Aw geez. Back in the 80's we would have said your biorhythms must be off.

Man, NONE of the rules of three are working out for you (trouble comes in threes OR third time's a charm), so it looks like you qualify for the When it rains, it pours award.