This is what the postman brought yesterday. I could comment at length about the cover and the fact that I would never in a million years pick up this book as it clearly appears to be targeted at men, but, sigh... Anyway, after a perusal of the stories inside it appears to be a German translation of the Sex...in Public anthology.

I still find translations strangely weird if fascinating. I mean, how come I've written a story or book that I can't read?

Not much doing on the writing front as there's too much real life interference going on at the moment. Also, I've been on a massive cleaning frenzy. Most of the house looks pretty good, just the bedroom still to tackle, which I have to admit is a complete pigsty. Might sort my desk and filing cabinet out today while I'm percolating ideas.

*****
Recently watched: Nowt
Currently listening to: Birds singing. I think they're nesting in the bush in the garden.
Currently reading: Silent in the Sanctuary by Deanna Raybourne
Posted by Madelynne Ellis at 10:07 am 7 comments:

Have to say I'm mighty amused by this result. I have no idea who China Mieville is, but the write up makes his books sound interesting. The fact that I'm 76% more violent than the rest of the sample group is actually not surprising based on the context of the questions.

Your result for Which fantasy writer are you? ...

Congratulations! You are High-Brow, Violent, Traditional and Romantic! These concepts are defined below.

China Miéville writes in the British fantasy tradition of authors like Mervyn Peake and Michael Moorcock, a tradition which is a little darker than the Tolkien kind, but Miéville is also a great renewer, as he has taken care to challenge, for example, race-related (or, to be exact, species-related) stereotypes in fantasy. His great breakthrough came with the award-winning novel Perdido Street Station (2000), which is set in the sprawling city of New Crobuzon in the secondary world Bas-Lag. Apart from its urban setting, Perdido Street Station also differ from Tolkien-style fantasy by taking place in an era reminiscent of the Victorian age rather than the typical quasi-medieval setting of so-called high fantasy. This means that Miéville has the opportunity to explore his socialist beliefs in a fantasy environment, even if both Perdido Street Station and its two sequels also feature monsters, adventures and such.

Setting his book in a rather dictatorical society and occasionally spinning his sories around resistance against an oppressive government means that Miéville's books sometimes contain rather horrible violence, made all the scarier because it's often conducted legally by a ruling government. This also makes the boks rather romantic; although the struggle is difficult, the struggle continues and whether you are a socialist like Miéville or not, it's easy to sympathize with the message that the world can be changed for the better. It should also be pointed out that although Miéville is often inventive and has a love for spicing up his prose with archaic words, his books are, narratively speaking, traditional adventure stories. Actually, Miéville has made a point of taking genres such as the pirate story and the Western story and retelling them in a fantasy environment.

Still, Miéville has brought fantasy to new literary heights and can be said to represent hope for the genre's future.

If you want something more gentle, try Susan Cooper.

If you'd like a challenge, try your exact opposite, Orson Scott Card.

Compared to other takers

This is how to interpret your score: Your attitudes have been measured on four different scales, called 1) High-Brow vs. Low-Brow, 2) Violent vs. Peaceful, 3) Experimental vs. Traditional and 4) Cynical vs. Romantic. Imagine that when you were born, you were in a state of innocence, a tabula rasa who would have scored zero on each scale. Since then, a number of circumstances (including genetical, cultural and environmental factors) have pushed you towards either end of these scales. If you're at 45 or -45 you would be almost entirely cynical, low-brow or whatever. The closer to zero you are, the less extreme your attitude. However, you should always be more of either (eg more romantic than cynical). Please note that even though High-Brow, Violent, Experimental and Cynical have positive numbers (1 through 45) and their opposites negative numbers (-1 through -45), this doesn't mean that either quality is better. All attitudes have their positive and negative sides, as explained below.

You received 27 points, making you more High-Brow than Low-Brow. Being high-browed in this context refers to being more fascinated with the sort of art that critics and scholars tend to favour, rather than the best-selling kind. At their best, high-brows are cultured, able to appreciate the finer nuances of literature and not content with simplifications. At their worst they are, well, snobs.

You received 7 points, making you more Violent than Peaceful. Please note that violent in this context does not mean that you, personally, are prone to violence. This scale is a measurement of a) if you are tolerant to violence in fiction and b) whether you see violence as a means that can be used to achieve a good end. If you are, and you do, then you are violent as defined here. At their best, violent people are the heroes who don't hesitate to stop the villain threatening innocents by means of a good kick. At their worst, they are the villains themselves.

You received -19 points, making you more Traditional than Experimental. Your position on this scale indicates if you're more likely to seek out the new and unexpected or if you are more comfortable with the familiar, especially in regards to culture. Note that traditional as defined here does not equal conservative, in the political sense. At their best, traditional people don't change winning concepts, favouring storytelling over empty poses. At their worst, they are somewhat narrow-minded.

You received -1 points, making you more Romantic than Cynical. Your position on this scale indicates if you are more likely to be wary, suspicious and skeptical to people around you and the world at large, or if you are more likely to believe in grand schemes, happy endings and the basic goodness of humankind. It is by far the most vaguely defined scale, which is why you'll find the sentence "you are also a lot like x" above. If you feel that your position on this scale is wrong, then you are probably more like author x. At their best, romantic people are optimistic, willing to work for a good cause and inspiring to their peers. At their worst, they are easily fooled and too easily lead.

Posted by Madelynne Ellis at 11:16 pm No comments: 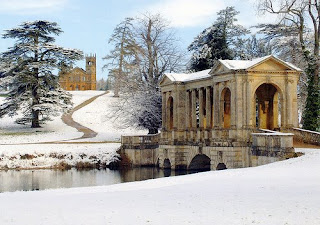 I'm being a very bad blogger at the moment, but real life just keeps getting in the way and upsetting my work patterns. Hopefully, it's relatively back to normal this week and I can concentrate on getting a few of the tasks on my desk done/started/or out of the way.

Meanwhile, as I'm deciding which piece of work to tackle first, I thought I'd share a few images of the Gothic Temple at Stowe. This folly is the building I used as a basis for the folly in Pure Folly. Obviously, I made a few modifications, but the structure is basically the same. Enjoy. 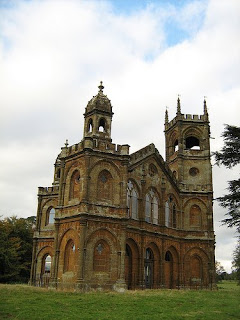 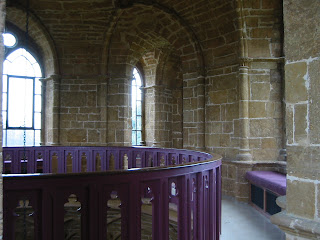 Posted by Madelynne Ellis at 9:35 am 5 comments: 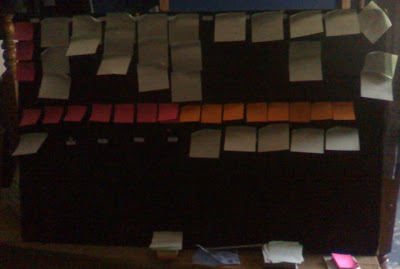 Yay! Kiddies are back at school. The sun is shining and the house is nice and cool. I have peace and quiet and a large board full of post it notes. I'm finally starting to piece together the plot to Darleston's book (Wish it had a title.) from all the snippets of scenes that have been tumbling about in my head for ages.

And it's fun. I love Darleston. He totally grew on me while I was working through Fortuna, so I'm rather looking forward to spending months in his company.

The other members of the cast are shaping up nicely too. I'm especially liking the heroine. She's an odd one. Her husband has just summed her up nicely for me. Thank you, Lyle. Villians still need a bit of work though. They're still squabbling about who gets to be the Daddy Villian and who gets royally shafted.

Best of all, I now know why Darleston having a hair cut was so important. Although, there is still the small issue of a certain mark upon his person... hopefully, he'll let me in on the secret en route.

Right, back to it.