Nice jaunt to Bolsover Castle last week. Impressive, but too large and unfortified to ever be a real favourite of mine. I'm definitely more sold on the more bijou castles such as Orford and Stokesay. However, Bolsover did yield a few surprising treasures, such as the depictions of lesbianism on the walls of one chamber, and numerous other bawdy pictures such as the one below. 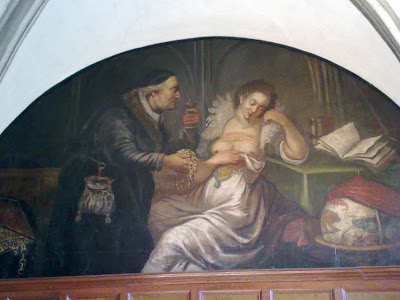 The really crowning glory, though, was the Venus fountain. 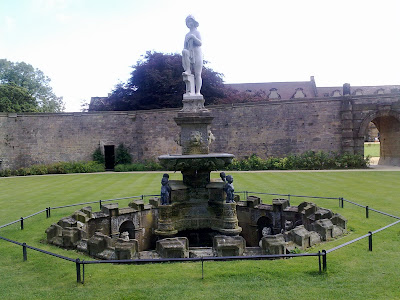 Which on first appearances is a fairly impressive, if ordinary fountain, that is until you get up close and can see what's going on below ground... Let's just say this fellow was accompanied and his fellows were equally upstanding. There were swans involved too... 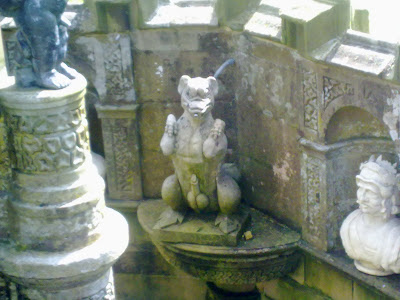 So, I've been thinking today and writing. I reckon I could easily have churned out a good 2000 words by now instead of the 500 I've actually written. The thing is, those words while functional, wouldn't have got across what I wanted to say in quite the way I wanted to say it, whereas the ones I've settled for, mostly do.

Off north tomorrow to visit family.