Although not a book, I might add. Nope, I've spent the day putting together bits and pieces for my Advent Calendar, which you might have noticed the tab for a little way above this post. Probably because I haven't spend loads of time blogging for some time now, I'd forgotten just how much of a pain Blogger can be when it comes to lining up pictures. Grr, curse thee Blogger. However, I battled it out and hopefully have prevailed. I guess we'll find out when the first scheduled post pops into life on Wednesday.

In the meantime I thought I might offer a bit of temptation with regards to what's coming... 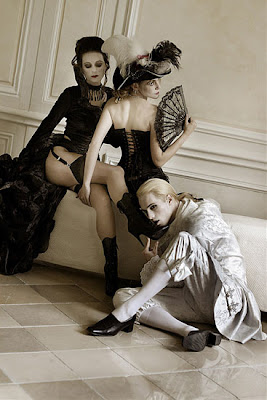 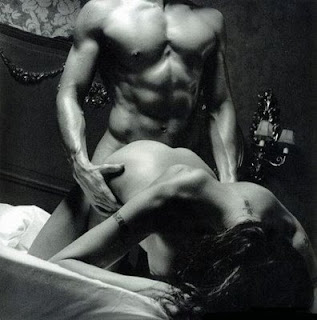 along with a plethora of excerpts, guest posts, puzzles, prizes and hopefully (assuming I actually knuckle down and write it) a brand new short story or two featuring a few favourite characters.

Posted by Madelynne Ellis at 12:15 am No comments:

I've been in a bit of a writing slump recently. Last Saturday's outing to Manchester to meet Janine Ashbless and Charlotte Stein helped a lot with that. I always come back from meetings with other writers feeling far more positive. Maybe it's the realisation that we're all in the same boat. It's also fun to sit around chatting about projects and publishers all day without your companions wondering what the devil you're warbling on about.

All that said, I'm still not making much headway, so I thought I'd take stock and look at why that is. Here goes with the excuses...

1) I spend half of my time in hospital appointments! For example I've attended 2 so far this week (bear in mind that one of those lasted from 8.30am - 5.00pm, then add 1-2 hours travel time on top.)I have another to attend tomorrow, then a 3 day long appointment next week.

2) If I'm not in a hospital appointment, there's a good chance I'm at the hotel next door to the hospital sharing a room (and computer) with a six year old.

3)It's very hard to write erotica/erotic romance with a six year old trying to look over your shoulder. Attempting to write urban fantasy doesn't improve the situation much.

4)If I'm not busy with 1-3, I'm probably cleaning, because I'm TRYING to sell my house.

6) I still do all the other normal things that every other parent is expected to do.

8) If I don't buy a new calendar soon, my head with probably explode from the pressure of trying to keep track of the six zillion appointments I have to remember.

9) I have no faith in my writing (except for the days when I think I rock).

10) I need a minimum of six and a half hours sleep each night or my brain stops working. Really, I can't cut it down to any less than that.

Ai Press is having a Buy 2 Get One Sale! Good for e-books bought directly
from Ai Press. Offer not valid at reseller sites. Once you've purchased
two titles, you'll receive an e-mail asking you for your third title of choice
(equal or lesser value) and it'll be sent directly. Offer good from
now until Thanksgiving. Here's the address: www.ai-press.net
Posted by Madelynne Ellis at 12:16 am No comments:

1. I've sold this book twice. Once to Black Lace (who then closed before it released) and then to Samhain.
2. I had two offers on this book within a hour of each other!
3. Kit also appears in Woe in Kabukicho, available from Ai Press.
4. Evie's real name is Evangeline.
5. Kinky neighbours Jason and Saul appear in their very own short story (as yet unreleased)
6. They were originally called Jason and Issac until I realised that probably wasn't a good idea.
7. Kirkley is a fictional village but is situated in approximately the same area as the actual village of Kirklington.
8. Kit earned a very comfortable living as a host.
9. I converted the text to US spelling when I sold to Samhain only to then have to change them back to UK spellings.
10. Kit never wears denim.
11. Ross's partner in the veterinary practice is called Harvey.
12. The book appears with the second version of the cover on the front. I wasn't keen on the Ross and Evie figures in the first version.
13. I can't wait for the print version next year.

Get the Thursday Thirteen code here!
The purpose of the meme is to get to know everyone who participates a little bit better every Thursday. Visiting fellow Thirteeners is encouraged! If you participate, leave the link to your Thirteen in others’ comments. It’s easy, and fun!

Okay, so it's a teeny bit late, since the release was actually on November 2nd, but sometimes life likes to throw the odd spanner in the works.

However, there are no spanners in my new release. Nope, Enticement is a nice bit of saucy fun set in a Yorkshire village, featuring in order of appearance. Evie- who is definitely looking for domestic bliss, and not at all keen on adopting the village strays. Kit - a bad boy with a taste for skimpy shorts and kinky shenanigans. And Ross, who is just a tiny bit obsessed with thunderstorms.

And for Kindle here.

Once trouble moves in, it can throw a kink in your plans.

Even if his last attempt ended in a disaster that comes back to haunt them all…
Posted by Madelynne Ellis at 11:14 am 7 comments: