Actually, this is the news that I've been sitting on for a while, but the contract is signed now, so no more trying to hold it in.

Okay, details. They'll be publishing Gabriel's Game, which is a contemporary m/m/f menage story, which starts when Gabriel asks his girlfriend to indulge one of his favourite fantasies. Namely to see her making out with another guy.

More details about publication dates, blurbs etc when I have them. All I know so far is that it'll be available early 2012.
Posted by Madelynne Ellis at 10:27 am 4 comments: 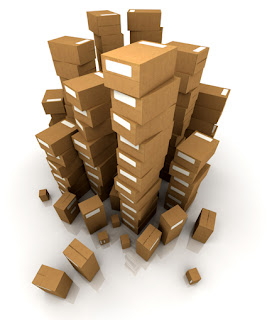 Much craziness abounds in the Ellis household, and not all of it due to the imminent move or the fact that I'm knee deep in co-organising the annual Romance Divas mentorship program. Nope, there's craziness on the book front too. (Interpret that to mean more work/stuff to comprehend that I can easily handle at one time.)

Firstly, there's the bit of news that I mentioned a few days ago. I'm still not saying what it is as the contract isn't signed... soon, though.

Secondly, I've sold  translation rights for a German edition of Passion of Isis.

Passion of Isis is probably one of my least mentioned books, yet has been a consistently good seller. This will be it's second foreign edition. It's already been translated into Norwegian.

Next, and probably the most immediately exciting news at the moment, is that Ai Press have agreed to publish both Indiscretions, and ... wait for it... Fortuna. Yep, finally, after what feels like an eternity of waiting you get to read about Fortuna's adventures with Giles Dovecote and the naughty Darleston twins.

No scheduled date yet, but it will be released in both digital and print formats. Here's the blurb to remind you what it's all about:

Fortuna Allenthorpe is so repulsed by the man to whom her parents have engaged her that she takes the only available way out, and flees into the night with notorious rakehell, Giles Dovecote. Giles is a vocal advocate of free love, and he and his debauched friends the Darleston twins, are soon vying for Fortuna’s attention while introducing her to all manner of sexual delights.

Convinced that her tattered reputation will prompt her fiancé to call off the engagement, Fortuna is troubled to learn that Sir Hector is still set upon their marriage. It seems he’s more interested in her impressive inheritance, a ruby necklace known as the Star of Fortune, than he is in her errant virtue. What’s more, he’s prepared to destroy her family to ensure he gets exactly what he wants.

Suddenly, Fortuna’s only means of escape is to make a more agreeable match. How difficult can that be, when she’s head over heels for Giles, and he’s already sworn to help her? There’s just one problem—Giles’s deep-rooted belief that marriage is nothing more than social slavery. Past mistakes weight heavily on his conscience, but can he really sit back and condemn the woman he loves to a hellish match?

Meanwhile, I'm nearing the 55K mark of Darleston's book and looking at what comes next on the novellas front. I still have more projects that time. Wonder if that will ever change.
Posted by Madelynne Ellis at 9:25 am No comments: