OK, actually Confessions of a Greedy Girl released yesterday, but I was stuck in the hospital with no internet access, so as far as I'm concerned it's today.

Right, now I've cleared that up, let's get to the book which is a 40K novella about vivacious twenty-something, Lyssa Payne, who just happens to like men so much, she doesn't see why she should have to stick to loving only one.

This book moves a way from my normal style a little, as it's told in first person from Lyssa's point of view. Also, since we're on the theme of naughty confessions, I thought I ought I'd share a few of my own, and to make it a little more fun, how about I ask you to spot which two of them are outright lies  :) Winner will receive a ebook from my backlist.

So, here goes. If anyone else has anything they need to get off their chests, then feel free to do so in the comments too.

Plus, don't forget to check out CONFESSIONS OF A GREEDY GIRL. 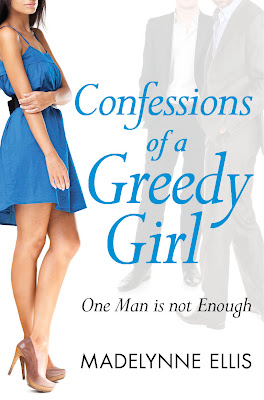 One Man is not Enough.

Fun-loving, twenty-something, Lyssa Payne enjoys being the center of male attention. Rather than commit to a single lover, she has an arrangement that allows her to play with a whole host of men. However, the dynamics of Lyssa’s relationships abruptly change when she meets enigmatic artist, Victor Alexander.

Victor enforces a strictly no touch policy between them, compelling Lyssa to be ever more inventive in her bid to bed him. The stakes further rise when she discovers Victor has a gorgeous male lover. Why should it be hands off for her, but hands on for actor, Leif? Worse still, as her fascination with Victor deepens, Lyssa’s other playmates desert her. What exactly is a greedy girl supposed to do to win the hearts of the men she desires?

Read an Excerpt here.
Posted by Madelynne Ellis at 9:56 am No comments:

In addition to the release of Confessions of a Greedy Girl next Thursday, next week will also mark the release of the Italian translation of Anything But Vanilla. Wheeee!

Here's the rather lovely cover. 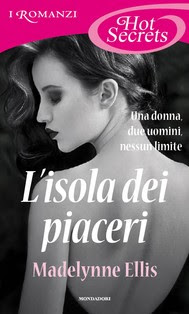 You can pre-order it from Amazon.
Posted by Madelynne Ellis at 12:36 am No comments:

Giveaway ends June 30, 2013.
See the giveaway details at Goodreads.
Enter to win
Posted by Madelynne Ellis at 2:43 pm No comments:

Here's the draft version of the cover for my April release, Confessions of a Greedy Girl. I think you can probably guess from the girl depicted that her appetite isn't for cream cakes. What Lyssa likes, is men. Lots of them... Although, as it turns out, maybe what she's really seeking is that one special guy. More on that soon. 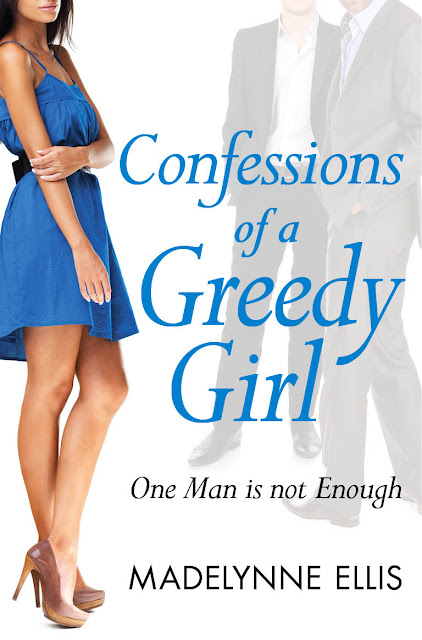 Posted by Madelynne Ellis at 4:13 pm No comments: 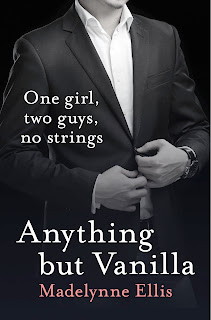 Anything But Vanilla has been hanging out in the top 5 over at Google Play for the last 6 weeks or so, well today it finally hit the top spot. Needless to say I'm both flabbergasted and thrilled. And it's a full on menage book too :)

Oh, and Confessions of a Greedy Girl is due out in two weeks times, so fingers crossed for it getting a little release boost.
Posted by Madelynne Ellis at 12:17 pm No comments: