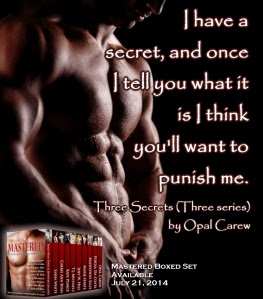 Today's excerpt is from New York Times Bestselling author, Opal Carew. Opal is also the brains behind the lovely character quote cards I'll be flashing alongside the various excerpts.

Sharing secrets has never been so exhilarating…
Nicole & Abel were the picture perfect story of love; meeting and falling for one another in the most romantic city on Earth, Paris. But Nicole has a secret, a secret of leather and lace, but she is fears that her private lifestyle may drive Abel away… but he’s kept a few secrets from her as well….

Her breath caught at the sight of Abel, wearing only tight, black briefs, standing against a
stripper pole, his hands behind his back. She glanced to the ceiling and saw that it was one of the
portable poles held in place with pressure rather than being bolted to the floor and ceiling.

“Hello. What’s this all about?”

“I told you I have a secret, and once I tell you what it is, I think you’ll want to punish me.”

Excitement skittered through her. Thoughts of punishing him in all kinds of ways raced
through her brain. Did this mean he accepted her lifestyle?

She stepped into the room, wishing she’d worn something black and leather. She walked
around behind him and excitement danced through her at the sight of his wrists fastened together
around the pole with handcuffs.

She suppressed a smile.

“If I’m going to punish you, I’ll need tools. I don’t want to hurt my hand spanking that tight
ass of yours.” She glanced around, wondering what she could make use of in the room. There
was a dining room in the suite, but not a kitchen, which might have had a wooden spoon.

“Yes, Mistress. If you look in the drawer by the TV you’ll see I brought some things.”

She walked to the drawer and opened it. Inside was a selection of floggers, a wooden paddle,
and a riding crop. She picked up the crop and ran her fingers over the heart-shaped leather on
the tip. She would love to use this and leave red, heart shapes all over his sexy ass, but it would
be too much for their first time. Instead, she picked up the soft, baby-blue suede flogger and
placed it on top of the dresser. There were also garments in the drawer. She picked up one of
the black leather straps and lifted it. It was a harness that would cover very little of her body, but
had a triangle of leather over the crotch and a strip to cover each breast. There were also black
spike heels. She checked and they were her size.

She grasped the harness and walked in front of him, then held it up. “Do you expect me to
wear this?” she demanded sternly.

He bowed his head. “Only if it pleases you, Mistress.” 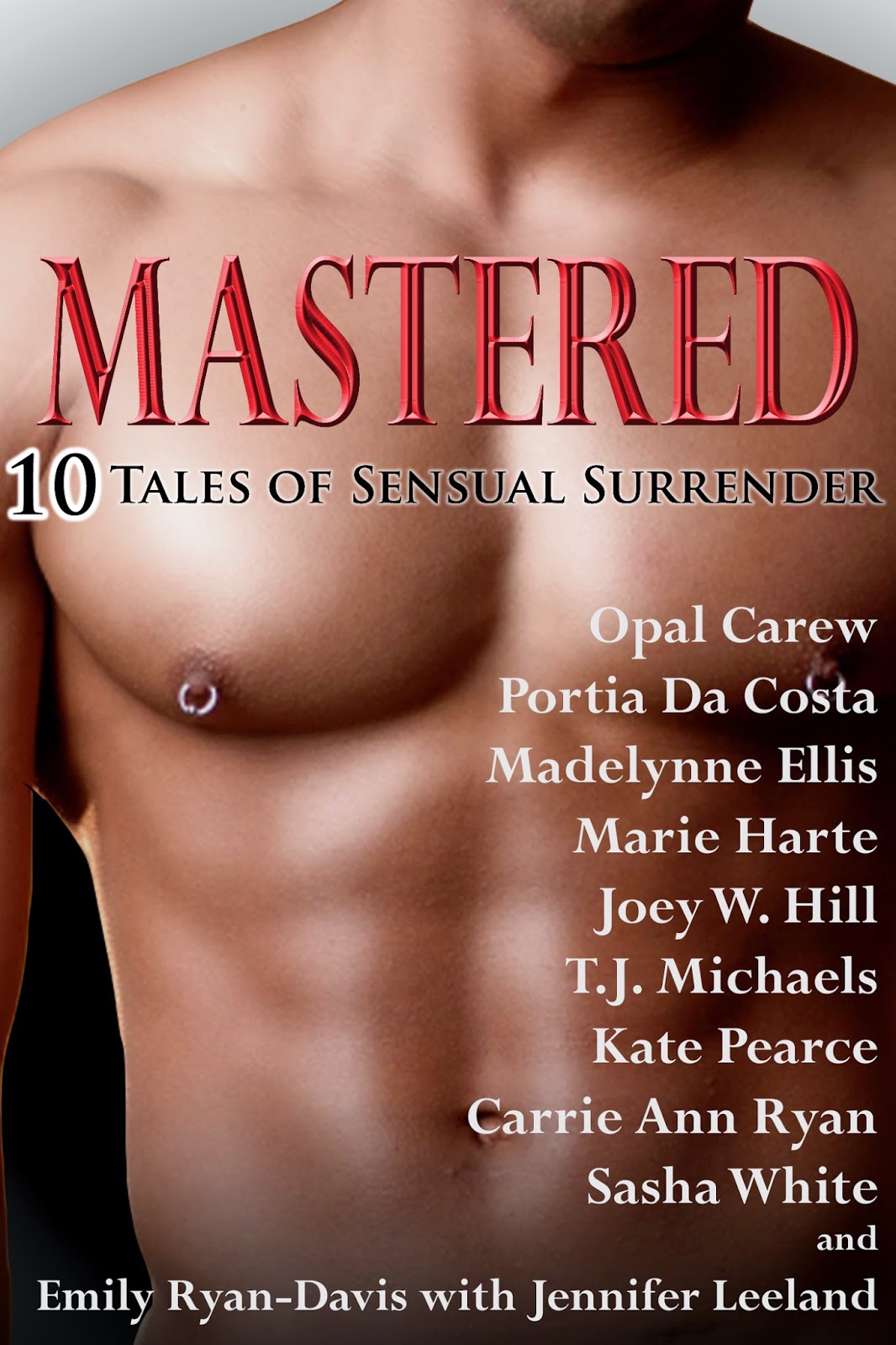 She allowed a slow smile to spread across her face. “It does.”

His gaze locked on her and his dark blue eyes grew heated. She could see the black fabric of
his briefs grow tight over his bulge.

She pretended to pay attention to the flogger, enjoying a few seconds of his admiration, then
glanced at him.

“Eyes down,” she commanded.

He complied and she walked closer.

“Did you like what you saw?” she asked as she walked around him, taking in the sexy
sight of his big, muscular body. Knowing he was ready to obey her every command sent heat
simmering through her.

“Good. You may raise your eyes again.”


He gazed at her, excitement glimmering in his eyes. She pressed the end of the flogger
lightly against his stomach, then dragged it upward, the long strands dragging along his torso.

“You said you have a secret. What is it?”

He hesitated and she narrowed her eyes. “When I give you a command, I expect you to
comply immediately. Understand?”
Buy Links: BARNES&NOBLE  | Amazon US | Amazon UK
Posted by Madelynne Ellis at 11:49 am